WorkClout: Enhancing the Productivity of Manufacturers
×

THANK YOU FOR SUBSCRIBING

WorkClout: Enhancing the Productivity of Manufacturers 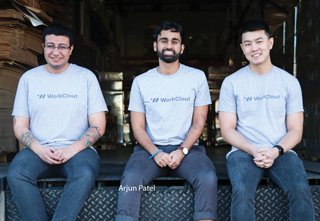 In the manufacturing landscape, midmarket companies are facing challenges such as market volatility, price reduction pressures, and capacity planning. Also, they implement ERPs and MRPs offered by large solution providers but fail to execute lean manufacturing as these systems are not intuitive. Besides, they are expensive and require a lot of time for implementation. To address these challenges, Arjun Patel, with a team of top tech engineers and industry leaders founded WorkClout—a SaaS company that helps plant managers improve cycle times and overall plant productivity.

The inspiration behind founding WorkClout struck when Arjun returned to his father’s factory, where he worked as a plant and operations manager during his growing years before getting into management consulting. He witnessed the same challenges, which affected as the other manufacturers, were prevalent on his father’s factory floor. He also saw that his father sought to implement software to increase production capacity. Despite waiting for one and a half years and paying $250,000 for the software, it was not successfully implemented. Arjun convinced his father to cancel the contract with the vendor and developed a production scheduling solution with his friends Bryan Trang and Richard Girges. Once deployed, Arjun and his team noticed that the production had been increased by 20 percent in just one month. Finding out the competence of the software, they founded WorkClout and applied to YCombinator, an American seed accelerator. After getting into the program, they quickly got their first customer. Now, they have 17 customers that are using their solution, and each of them has witnessed capacity increase.

WorkClout’s software does two things exceptionally well upon deployment. First, it tracks every action on the factory floor and uses that data to suggest how to increase operational efficiency. Second, it identifies accurate lead times; considering the limitations of different resources.

WorkClout integrates well with other ERPs. Arjun quotes an example if a client uses an ERP they can still use WorkClout for data abstraction to manipulate and manage the whole production cycle. “For the first time, these features are helping midmarket companies gain visibility of what is happening on the factory floor,” remarks Arjun Patel, co-founder and CEO, WorkClout. “In the end, it all boils downs to production scheduling. We are the best production scheduling software in the manufacturing market, and that’s our core competency.” The software is assisting product and plant managers in organizing production planning, execution, and digitizing the workflows.

We are the best production scheduling software in the manufacturing market, and that’s our core competency

Other production scheduling software present in the market are generalized, but WorkClout stands apart by designing templates and creatable fields for each industry. This verticalization of the software reduces the implementation time without any extra engineering effort and manages workflows efficiently. Shorter implementation time, which takes a month, is one of the biggest differentiating factors and milestone the company has achieved.

Arjun states a customer success story where the client wanted to increase their production capacity. The client manually managed manufacturing, which was limiting the production capacity, further stopping them from getting more business and hence, hindering their growth. They required automation software that could increase the overall capacity. The client implemented WorkClout’s software, and it analyzed and identified the location of the downtime. Within a month, their production capacity increased significantly without investing in any hardware, machine, or people.

WorkClout is very young in the market, but Arjun says, “We are just getting started, and we are going to grow pretty quickly.” In the coming months, the company is focusing on increasing the capacity of their core competency, production scheduling. The company plans to make the software more accessible by making it self-served, which makes it as easy as signing in and using it from the website. 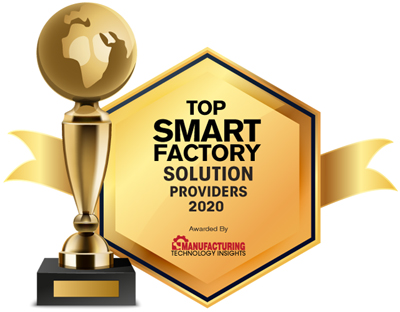 Description
WorkClout provides production scheduling software that simplifies the manufacturing process and empowers small manufacturers to increase efficiency. Built by industrial workers for industrial workers. All three cofounders have worked in manufacturing, government, fleet management and more. Our company was founded within a manufacturing plant and saw there were three problems addressing the industry: skills gap is widening as automation continues, employee turnover is high while employee motivation is low, and the blue collar age gap of replacing people who retire is nonexistent. WorkClout Performance support is meant to empower blue collar workers to perform to the best of their ability, we want to give them the tools to share knowledge, learn faster, and solve problems more effectively.

However, if you would like to share the information in this article, you may use the link below: